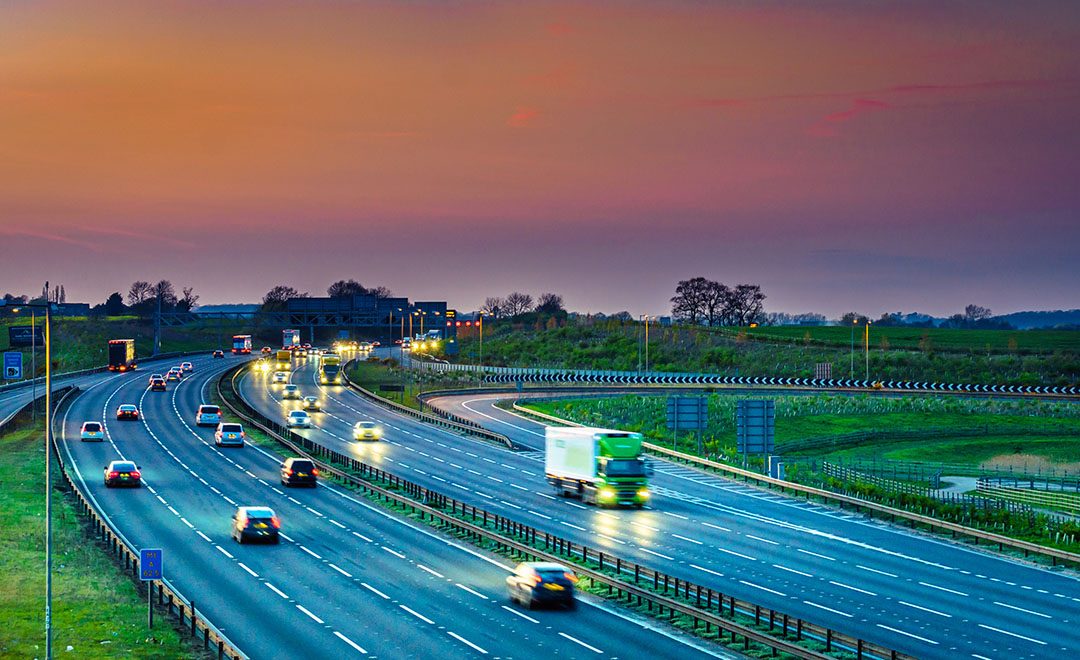 Heathrow’s cargo community is winning the battle against peak-time truck delays as the AIS (Advance Information System) gains traction among forwarders, cargo terminal operators and airlines at the UK airport.

And with reports of “significant reductions” in dwell time for trucks and £200 savings in driver costs, there is a now a call for more companies to sign up to AIS.

CCS-UK User Group, the body which represents all users of the CCS-UK air cargo community computer system, began work two years ago on a new module to enable freight agents, and transport companies to pre-alert handling agents of loads being delivered and picked up.

Said the CCS-UK User Group in a statement: “This advance information – including vehicle, driver, cargo being delivered, handling agent and ETA – would be submitted either through a web portal or messages sent direct from the forwarder’s own system. The information would then be accessible to all relevant parties in the supply chain.

“By receiving this information electronically in advance, the handlers would be able to populate their systems with the shipment information, reducing paperwork and delays on arrival of the truck, and eradicating re-keying errors.”

It continued: “Most importantly, by obtaining advance warning of cargo en route, handlers would be able to anticipate workloads, schedule resources, and allocate handling slots for the trucks. This would help to reduce the number of vehicles on the cargo terminal, and cut queue times.

“AIS has now been live for around a year and – although still subject to ongoing development – is already in use at a growing number of hauliers, handlers and forwarders.”

One of the early adopters was Mixed Freight Services, which provides off-airport security screening for air cargo exports, and then feeds the screened cargo to Heathrow’s cargo sheds.

As one of the largest operators at Heathrow, it had been suffering “unacceptable delays” for some years.

Mixed Freight Services director Steve O’Keeffe said: “On one occasion, one of our trailers was turned away five times over one weekend due to the handlers’ inability to cope with the volume of trucks already queued, and their warehouse facilities being at capacity.”

He continued: “We can’t change the Heathrow infrastructure, so we realised we would have to change the way we worked. So we focused on capacity management: collating cargo off-airport, and then delivering just in time, ideally between 12 and 24 hours ahead of the flight.

“AIS is enabling us to work more efficiently with the ground handlers; we screen the cargo, submit the e-CSD and manifest to the handler,  and then deliver. It has dramatically simplified and streamlined our process, giving the handler visibility of pending export cargo which is security screened and ready for delivery.”

Lawrence Cockburn, business systems manager at ground handler dnata, was involved in the original concept and design of AIS, and is reporting “significant reductions” in dwell time for 75% of the vehicles that dnata processes.

Cockburn said: “Dnata has led innovation with its gatehouse concept, streamlining the delivery and collection process. AIS is now building on this, giving us the ability to further enhance our gatehouse and counter processes. We no longer have to capture data: we just verify it.”

Heathrow’s largest independent handler, with seven facilities located away from the most congested on-airport areas – is now incentivising greater take-up of AIS, said Cockburn, adding: “Agents and truckers who use AIS can take advantage of our ‘Blue Lane’, giving them priority over all other vehicles, regardless of the order in which they arrived.

“Carriers are seeing the benefit of AIS, which goes a long way to dealing with the challenges at Heathrow; they are very supportive.”

Carl Aspital, director of forwarder air and cargo services, one of the AIS pilot testers, said: “We were dnata’s  first Blue Lane-approved operator. We have noticed a significant difference, particularly with night-time deliveries. As we use AIS, dnata has nothing to input, so the payback is faster handling: our driver is given a door immediately on arrival.”

“Forwarders can often suffer up to five hour waits at every shed. So, if everything else is equal, we would always now favour a carrier whose handler uses AIS. With a 20 minute turnaround, we can save £200 in driver costs alone.”

He concludes: “We need all of the shed operators to adopt AIS, so we can programme vehicles to visit multiple sheds.”

The AIS module is free of charge for all CCS-UK subscribers, which number around 900 forwarders, cargo terminal operators and airlines.

CCS-UK User Group chairman Steve Parker said that AIS has still to gain full take-up within the UK air cargo industry: “All AIS requires is a modest change to ways of working. It’s hard to understand why many are still holding back, as AIS is free of charge, and its widespread adoption will help everyone in the community.”

He added: “With the uncertainties surrounding Brexit around the corner, leading to the possibility of more complex procedures and even dramatic increases in traffic, now is the time to take all possible steps to streamline the UK’s air cargo industry, which will become an even more vital trading tool.

“So, we hope the success of AIS to date will inspire much greater take-up in the next few months.”

Robert Keen, director general of the British International Freight Association (Bifa), said: “The members of the BIFA Air Policy Group were given an updated presentation on the potential benefits and functionality of AIS at the latest meeting of the group on Wednesday this week.

“The response was positive, and members were encouraged to engage with the CCS-UK user group to find out more about implementation.”

Nick Platts, head of cargo at Heathrow Airport Ltd, said: “Any tool that helps the community work better together is very welcome and of course, the more companies that are involved, the better the outcome so I’m looking forward to the full functionality of AIS being deployed and linked in with the other digital tools we have.

“Sharing data between stakeholders needs to become the new ‘norm’ so I’m encouraged by the growing acceptance of data sharing platforms rather than direct messaging. For me, the best outcome will be one that links all of the stakeholders involved in cargo – not just freight forwarders, airlines and shed operators but also logistics providers, airports and estate owners too.”

Platts continued: “As Heathrow is not a member of the CCS-UK User Group we’ve not been actively involved in development of the AIS. We did share with CCS-UK all of the functional requirements developed with the community as part of our previous call-forward (digital) project and what we believed was needed to reduce congestion – such as access control to Shoreham Road and right-in-time deliveries/collections.

“Heathrow is working closely with SEGRO on a remote truck park now that we have a suitable site identified and AIS will be considered alongside our own CargoCloud as part of that project because we recognise there needs to be some form of link between the remote site and the sheds.

“My team have been meeting with the community to understand how we can adopt new ways of working once the truck park goes live – CCS-UK User Group have been included in that engagement.”