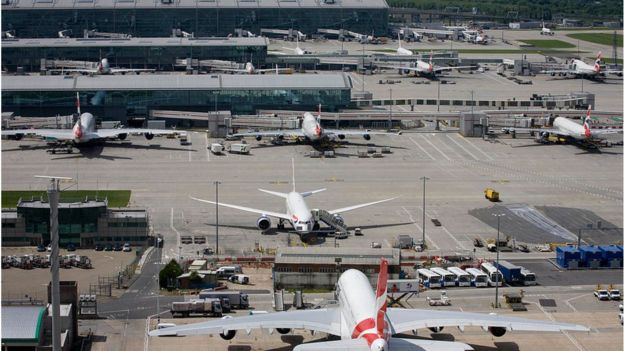 Campaigners have lost a High Court challenge against the government’s decision to approve plans for a third runway at London’s Heathrow airport.

The campaigners said the runway would effectively create a “new airport”, having a “severe” impact on Londoners.

But judges rejected the arguments, ruling the plans were lawful.

Transport Secretary Chris Grayling said: “The expansion of Heathrow is vital and will provide a massive economic boost to businesses and communities across the length and breadth of Britain, all at no cost to the taxpayer and within our environmental obligations.

The decision to expand Heathrow follows almost half a century of indecision on how and where to add new airport capacity in south-east England.

Under the current £14bn plan, construction could begin in 2021, with the third runway operational by 2026.